You are at Home » Holly Mcclenahan 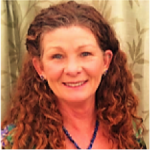 Holly McClenahan obtained her nursing degree from the University of Kentucky in 1978. She went on to become a C.C.R.N. in Neuro-trauma and Neuro-surgery ICU. In 1992 after a traumatic experience and PTSD so severe she had seizures, which resulted in a near death experience, she turned her study to energy medicine.

Holly was in the first training group for bioresonance technology and the Bicom device in the United States, taught by the Bicom Research Institute. She continued to study in Germany and became an international instructor for the Bicom and bioresonance technology. While working for Tom Stone she managed New Hope Clinic in Tijuana, Mexico which treated severe illnesses and cancer.

Holly has studied with Tom Stone since 1996 and is a Human Software Engineer, Trauma Resolution Specialist and trainer, a Certified Inner Greatness Coach.